The Centre for Communication Governance, National Law University Delhi, organised an event involving discussions on the broad theme of Misinformation and Democracy on November 23rd and November 24th, 2018. The event was supported by the Friedrich Naumann Foundation for Freedom.

Over the past few years, the increasing use of smartphones and the Internet in India has had an impact on all aspects of the country’s growth, including its electoral and governance processes. A key issue that has emerged as a result is that of ‘misinformation’ and its effect on democratic processes that are increasingly being shaped by news and information that is disseminated online.

In light of this, the Centre organised the symposium on Misinformation: Technology, Elections and Democracy, which aimed at building greater awareness about the issue of misinformation, while also having meaningful discussions on the best ways to respond.

On Day 1 (i.e. November 23, 2018), we organised a panel discussion on ‘Misinformation and Democracy: A Global Perspective’.

On Day 2 (i.e. November 24, 2018), we organised a full-day symposium on Misinformation: Technology, Elections, and Democracy.

In addition to our keynote speakers, a diverse group of speakers, including journalists, researchers and lawyers, both from India as well as other countries dealing with the issue, were invited to share their thoughts on a topic throughout the day.

The discussions mainly focused on what constitutes misinformation, why it is dangerous, where it comes from, who spreads it, and how to tackle it. The speakers highlighted the fact that although the concept of misinformation has been around for centuries, it has been radically reshaped by technology. It was unanimously agreed that the real challenge now lies in the immediacy, scope, and ease of dissemination brought about by technological advancements.

The event was structured to have three presentations, followed by panel discussions on the issues raised in the presentation itself.

The first presentation (right after the inaugural panel and keynote speeches) was made by Dr Richard Danbury, Associate Professor, De Montfort University & Associate, Centre for Intellectual Property and Information Law, University of Cambridge. Dr Danbury, a lawyer, and journalist with experience covering several UK elections for the BBC reiterated that while misinformation is not a new phenomenon, it has changed over time in its range and the speed at which it spreads. He proposed that efforts to tackle the issue should not only focus on the audience but also on those who profit from the proliferation of it and play a crucial role in its dissemination. However, he also cautioned that while attempting to resolve the issue, we should be wary of countering any potential benefits.

This was followed by a panel discussion with Indian journalists from different backgrounds speaking about their experience with misinformation, and the role of the media. The speakers on this panel included Mr Ajit Jha from India Today, Ms Karnika Kohli from The Wire, Mr Kumar Sambhav Shrivastava from Business Standard, and Ms Rupa Jha from the BBC. The panel was moderated by Mr Paranjoy Guha Thakurta, a prominent Indian journalist, author, and publisher.

The next presentation for the day was made by Mr Marco Konopacki, Project Coordinator, Democracy and Technology, Institute for Technology & Society, Rio. Mr Konopacki discussed a recent study undertaken by the Institute for Technology & Society on the impact that the use of Whatsapp had in the recent Brazilian elections. He identified three main challenges associated with sharing of information via platforms such as Whatsapp – content encryption, lack of context, and limited user feedback. Mr Konopacki emphasized the need for increased awareness on how social media, and particularly Whatsapp groups are increasingly being used for the proliferation of misinformation.

This was followed by a panel discussion with representatives of technology companies, fact-checking services, and academia, who discussed the impact of online platforms on the phenomena of misinformation. The speakers also addressed the different means that could be employed to curb the proliferation of misinformation, ranging from regulation of platforms to educational / awareness programmes. The speakers on this panel included Ms Amba Kak from Mozilla, Mr Berges Malu from ShareChat, Ms Pragya Maheswari from WhatsApp, Mr Nikhil Pahwa from MediaNama, Mr Pankaj Jain from Hoax-Slayer, Mr Rakesh Dubdbu from Factly and Mr Siddharth Narrain from Sarai, CSDS  who is also a Fellow at the Centre. The discussion was moderated by Ms Malavika Jayaram.

The third presentation for the day was made by Professor (Dr.) Wolfgang Schulz, Director, Hans Bredow Bredow Institut and Professor, Faculty of Law, University of Hamburg. Dr Schulz focused on the legal approaches to fighting misinformation online, speaking about what makes misinformation online special, the German government’s approach to regulation, and how to move forward. Dr Schulz proposed that to adequately address the issue there is a need for enhancement of knowledge about the effects of misinformation and countermeasures. He also stressed on the need for election specific risk analysis and responses.

The day closed with comments from Mr S.K. Mendiratta, who worked as Legal Advisor to the Election Commission of India, for over 40 years, in conversation with Mr Raman Jit Singh Chima, Policy Director, Access Now. Mr Mendiratta spoke about India’s legal regime with respect to elections, technology, and access, particularly focusing on effective measures to regulate the collection of data by political parties, noting the limited means available under the law to address many of the issues that were discussed through the day. 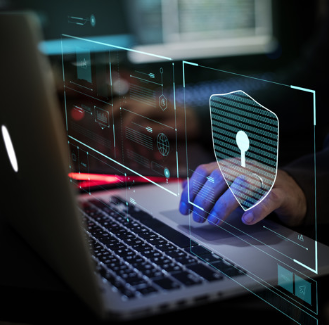