Hon’ble Mr. Justice Sanjay Kishan Kaul, one of the nine judges in Justice K.S. Puttaswamy delivered the Keynote Address and released a book on Privacy and the Indian Supreme Court, which is a compendium of the Court’s privacy jurisprudence. At this occasion we also launched the first phase of our Privacy Law Library, a project supported by Omidyar Network India.

Justice Kaul’s opinion in Justice K.S. Puttaswamy is notable for highlighting the privacy concerns arising from the proliferation of digital technologies from both state and non-state actors. Justice Kaul has also delivered landmark judgments defending artistic freedoms in cases of M.F. Husain and Perumal Murugan.

Ms. Karuna Nundy, Advocate, Supreme Court of India provided the concluding remarks on the future of privacy in India. 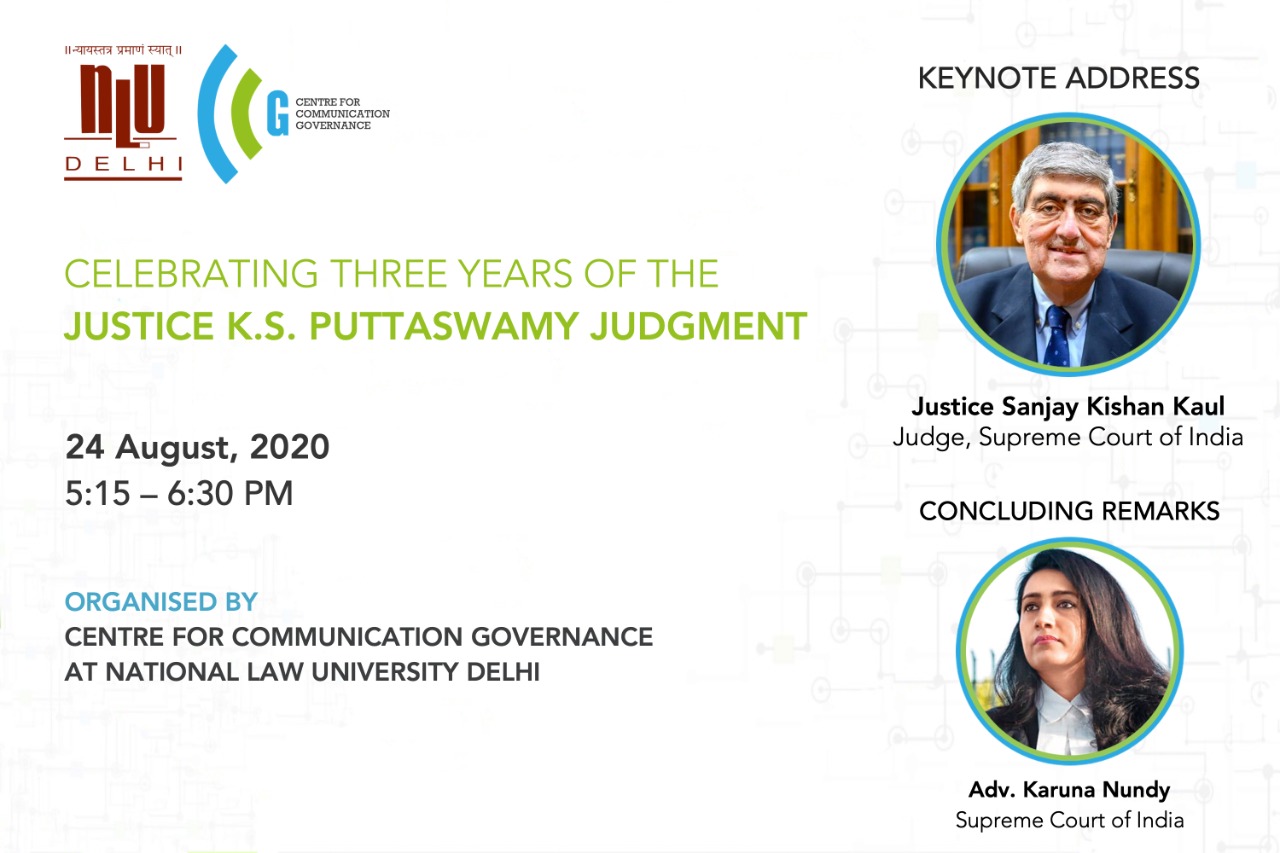