This post originally appeared in The Wire on 02 September 2016.

While the Aadhaar project is economically beneficial for the government, it is possible that its initially stated goals could have been achieved with cheaper and less intrusive technologies. 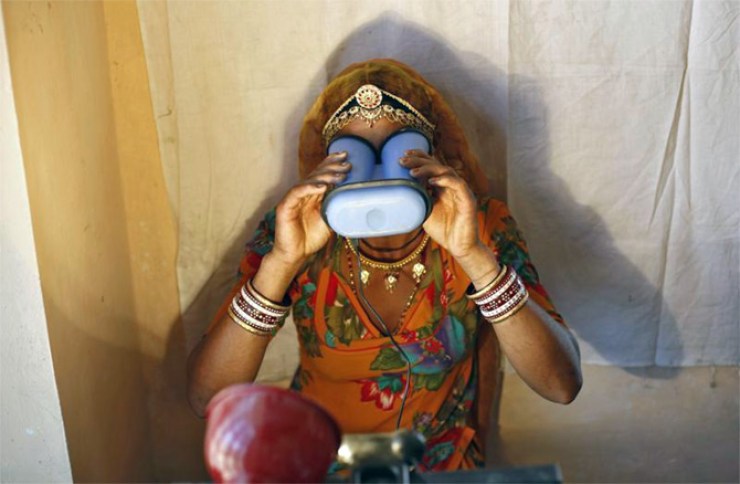 If the Minister for Information and Broadcasting Venkaiah Naidu is to be believed, 97% of all adult Indian residents now possess an Aadhaar number. In a recent press release, he clarified that no one will be denied benefits on account of not having an Aadhaar number till such time a number is assigned to all beneficiaries. Recent reports of twenty additional schemes being linked with Aadhaar suggest that one may be forced to obtain the unique 12 digit number sooner rather than later. In this light, some technical aspects of the project warrant renewed attention.

A key feature of the Aadhaar project is the Central Identities Data Repository (CIDR) – a centralised database that stores every individual’s personal information. This personal information is a combination of demographic information such as name, age, address etc. as well as biometric information consisting of a photograph, all ten fingerprints and both iris scans. Centralised databases have been the subject of widespread criticism owing to their inherent limitations to secure privacy. But in the context of Aadhaar, the CIDR is problematic not only because it is a centralised database, but also because there’s little to justify its necessity or utility to plug leakages.

The rationale for a centralised database is based on its ability to weed out duplicate identities by checking each enrolment against an existing database of biometrics. Essentially, every Aadhaar-linked transaction involves online transmission of the unique 12-digit number and other information including biometrics to the CIDR. The CIDR verifies the correctness of this information on the basis of data already held by it. It then responds to the service provider with a ‘yes’ or a ‘no’.  This process is known as authentication. Besides the demographic and biometric information collected at the time of enrolment, the CIDR also maintains a record of every authentication request sent to it. Thus, every time a resident uses her Aadhaar number, the service provider’s identity, time and the CIDR’s response get recorded in it. The aggregation of these records could potentially create a detailed history of an individual’s transactions. The laws for regulating the manner and duration of storage of these records are yet to be framed.

The problems with centralisation

Centralised databases are subject to several criticisms. For starters, it is easier to justify new uses for the same database when all the information is aggregated at the same place. Known as ‘mission creep’, this allows authorities to use personal information collected for one purpose to be used for altogether different purposes. Ironically, the Aadhaar Act itself allows for this mission creep. With broad exceptions, information that is ostensibly collected for targeted delivery of government services and subsidies can legitimately be used for national security or for any other purpose a district judge thinks fit. Further, in 2010, it was reported that the multinational company Ernst & Young (EY) had been selected as a consultant to set up the CIDR. The report went on to state that the scope of EY’s services included “…identifying and developing business models and business cases for potential revenue streams from the CIDR among others”. This makes the very foundation of the Act suspect. Additionally, large databases are more vulnerable to identity theft. The Electronic Frontiers Foundation, a prominent digital rights group describes large centralised biometric databases as “a honeypot of sensitive data vulnerable to exploitation”. The extent of information and its localisation at one place may make the database an ideal target for foreign governments and hackers.

In 2005, researchers came out with a detailed report on the UK Identity Cards Bill (‘UK Bill’) – the proposed legislation for a national identification system based on biometrics. Despite a few differences, the British project also envisaged a centralised database that would store personal information along with the entire transaction history of every individual. The report came out strongly against centralised storage of information and suggested other alternatives such as a system based on smartcards (where biometrics are stored on the card itself) or offline biometric-reader terminals. As per the report, both these alternatives would have been cheaper as neither required real-time online connectivity. Online authentication is a far greater challenge in India. In a recent survey of network readiness of a hundred and thirty-nine countries, the United Kingdom placed eighth while India ranked ninety-one. Poor Internet connectivity has already resulted in denial of benefits to a number of beneficiaries. The report further debunked the claim that centralised systems are more secure and pointed out the additional risk of a single point of failure, which may paralyse all transactions. The UK identification project was subsequently discarded as a result of the privacy and cost considerations raised in this report.

However, the report did acknowledge the usefulness of centralised databases in preventing multiple enrolments by the same individual. But leakages in the distribution system exist due to several reasons. Reetika Khera, an economist and associate professor IIT Delhi points out that although Aadhaar can correct duplicate identities, it can do little to correct other forms of fraud. This includes instances where individuals have falsified their eligibility criteria, extortion by middlemen or collusion between middlemen and beneficiaries.

As of August 2015, the reported expense for the Aadhaar project was almost Rs. 6,700 crores. Given the extent of expenditure, it would be natural to assume that the benefits arising from removing duplicate identities outweigh the costs associated with the project. In 2013, the National Institute of Public Finance and Policy (NIPFP) conducted a cost-benefit analysis of the Aadhaar project (more than two years after enrolment had already begun). Its findings indicate that the project would yield an internal rate of return of 52.85% to the government. However, the underlying assumptions on which these calculations were made deserve greater attention. Khera pointed out several flaws with the NIPFP study. First, although the report considers seven programs, estimates of duplicate or ghost beneficiaries were available only for two schemes – the PDS and the NREGA. For the other schemes, the study either assigned a rate of 7-10% or applied the estimate of duplicate/ghost beneficiaries for one scheme to another. Secondly, even for PDS, the study relied on outdated data from 1997-2001. These limitations were admitted by the authors of the study but its final conclusions have nevertheless been used to justify public spending on setting up Aadhaar.

Evidence suggests that cheaper alternate technologies can be equally efficient in weeding out duplicates. For example, Tamil Nadu and Chhattisgarh have drastically reduced leakages in the PDS through computerisation and other methods. The question of whether the UIDAI’s current model is more cost-effective than other technologies was outside the ambit of the study, and hence never analysed. There’s no doubt that the Aadhaar project is economically beneficial for the government. But almost Rs. 6,700 crore rupees have been spent not knowing the extent of these benefits and whether they could be achieved by cheaper, less intrusive technologies.

Despite the government’s insistence on a centralised database, there is very little justification in the public domain about the necessity of such a system. The FAQs on the UIDAI website state that Aadhaar’s system of online authentication is more advantageous compared to an offline system of smartcards as it is ‘more cost-effective, more secure and allows portability’. Even if one assumes this to be true (though all evidence suggests to the contrary), the UIDAI has done little to demonstrate it.

This message is only visible to admins.